The BALCAZAR TECHNIQUE ® gives the actors necessary tools to improve their performance in front of the camera. The technique also helps to remove the inner and outer creative block, which an actor often experiences. With focusing on training the actors’ development of emotional communication, great emotional affluence is created that becomes visible for the camera and moves the narrative to a deeper level.

The BALCAZAR TECHNIQUE ® was developed by film director Emme Balcázar, who has 17 years of experience in training and working with actors on an elite level. The Balcázar Technique was researched and documented under The Danish National School of Performing Arts’ (DASPA) Artistic Research division. 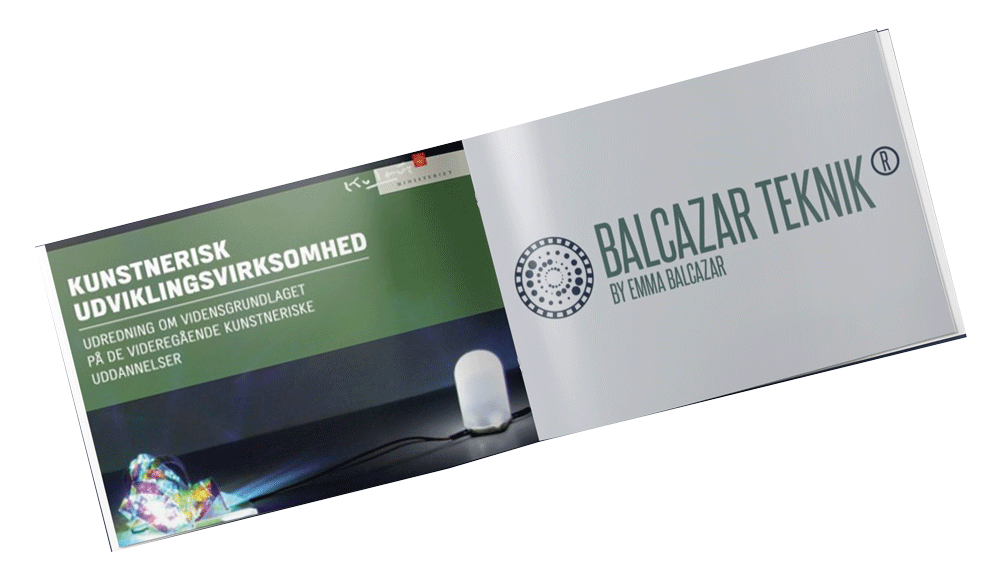 With the BALCAZAR TECHNIQUE ® the actor enhances its ability to create, use, and transform their emotional energy in terms of text and character work.

It is the approach to the dramatic work, that significantly differentiates from other acting techniques. The literary approach has been replaced by an emotional and intuitive approach. The actors’ focus and development are aimed towards amplifying and dramatizing the emotional universe which occurs in the character and text work.

With BALCAZAR TECHNIQUE ®, the audience also gets an opportunity to experience the narrative in a kind of “eternal here and now”. The audience experiences the actor’s performance on a psycho-emotional level rather than being presented with a more rational and analytical rendition of the material which easily can appear expressionless or too exaggerated.

The actor is trained to deliver a performance that strongly resonates with the audience: The individual viewer’s emotional system is activated and experienced in its own unique way in line with the actor conveying and involving the audience in the drama through the use of emotional tools. 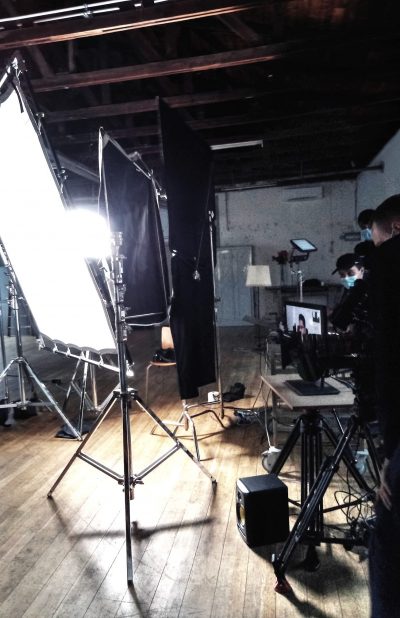 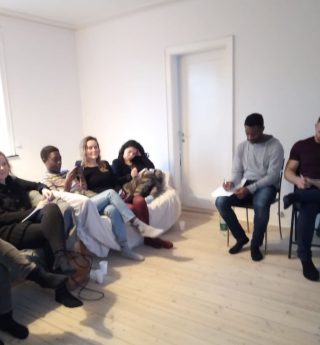 Artistic research with a focus on film acting is an important part of N.F.A.I’s culture. We believe that this century’s humanistic paradigm shift has a lot to offer to practicing artists in terms of their performative work.

Many film acting techniques, in many ways, seem to be outdated as they are based on Konstantin Stanislavskij’s work and practice. These techniques focus on the analytical approach to the narrative, the actor’s actions, and the use of their emotional resources as an important part of the acting work.

N.F.A.I is interested in developing the film acting profession in line with the new knowledge in brain research, consciousness studies, quantum physics, and bioenergetics process so that the actors can release their potential and at the same time make their work process more healthy, effective, and sustainable.

Artistic Research is art-based research that takes place at all the higher artistic educations in Denmark. This consists of teachers themselves conducting artistic generating activities as well as reflecting and documenting the projects. In Danish, the initiative is called ‘Kunstnerisk udviklingsvirksomhed’ (KUV). In short Artistic Research focuses on art practice as a knowledge-producing act.

With the position as a teaching assistant professor at The Danish National School of Performing Arts, Emma Balcázar received a KUV research fellow for her own technique. The Research project was called The Magic Circle and is an immersion in methodology, pedagogical development, and artistic practice of the BALCAZAR TEKNIK ® which is the knowledge basis of our programs.

In N.F.A.I we are always open to research and do projects that shed light on the interplay between audiovisual media, the film industry, and performing artists. This can for example be about studying the text, experimental acting, or screen testing et al.

Do you have an idea for a study or a project that you think will be suitable and is not commercial, then you are welcome to contact us with a proposal. This can for example be about text research, experimental acting, or screen testing.

A project in collaboration with scriptwriter Rum Malmros 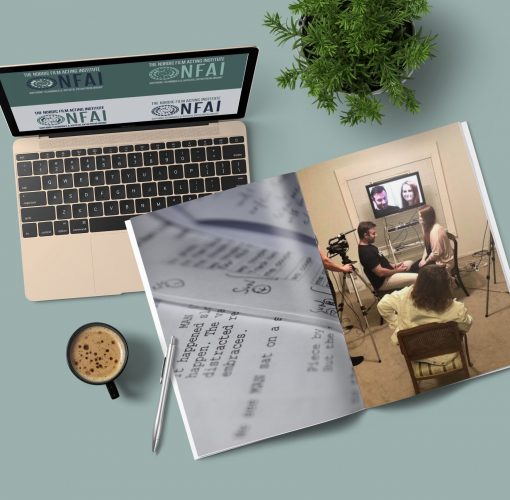 Rum came to us with an original chamber play about difficult family relationships. Actors used BALCAZAR TEKNIK® to open up the character’s 3 dimension and explore new possibilities.

“On several different projects I have received help from Emma Balcazar and her students from the Nordic Film Acting Institute to develop my film scenes. With the acting ensemble’s natural and empathetic improvisations on characters, dialogue and key scenes from my treatment, I have been able to test and nurture even more infants and the sustainability of fragile ideas. The fact that as a screenwriter you get the opportunity, already at an early stage in the writing process, to see different bids on the film’s most important moments, is incredibly rewarding for the writing process: The characters get a pulse. instantly a sense of the potential and shortcomings of ideas.In short, the technique is a gift for the writing process that can save the author several rewrites in different directions – and at the same time a booster for creativity, as you can quickly try out different ideas and get new and interesting offers. the inner and outer life of the characters.If you are an instructor or screenwriter and have not yet tried to develop your idea at the Nordic Film Acting Institute, give yourself the chance! There is a great opportunity to get writing alleys cut away at an early stage. And there is nothing better than noticing when the dramatic potential of one’s ideas gives goosebumps! “

A project in collaboration with Ole Comoll Christensen

How are facial emotions drawn? Can the subtle changes in the actor’s body be registered  and drawn in real-time while they work with the BALCAZAR TEKNIK®.

This website uses cookies to improve your experience while you navigate through the website. Out of these cookies, the cookies that are categorized as necessary are stored on your browser as they are essential for the working of basic functionalities of the website. We also use third-party cookies that help us analyze and understand how you use this website. These cookies will be stored in your browser only with your consent. You also have the option to opt-out of these cookies. But opting out of some of these cookies may have an effect on your browsing experience.
Necessary Always Enabled
Necessary cookies are absolutely essential for the website to function properly. This category only includes cookies that ensures basic functionalities and security features of the website. These cookies do not store any personal information.
Non-necessary
Any cookies that may not be particularly necessary for the website to function and is used specifically to collect user personal data via analytics, ads, other embedded contents are termed as non-necessary cookies. It is mandatory to procure user consent prior to running these cookies on your website.
SAVE & ACCEPT